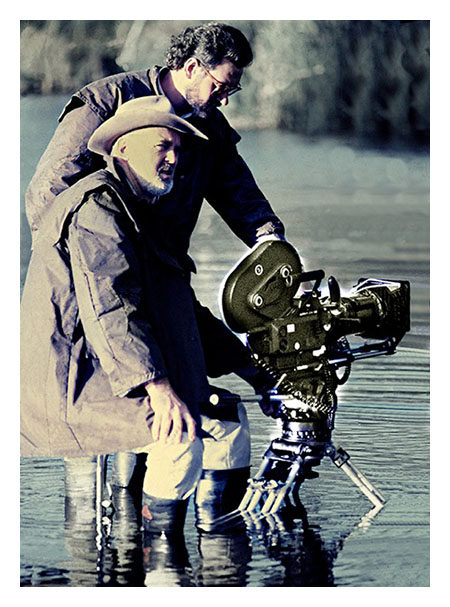 John got his first camera at the age of ten ( a Kodak Box Brownie, and he still has it ). He was educated at Eltham High School, along with many noted artists, writers, actors and musicians. His interest in the arts led him to enrol at RMIT where he studied graphic arts.

After leaving art school he set out on a career in advertising, working firstly as an illustrator, designer and art director. And photography was always part of his life and along with the photographic exercises for advertising, he photographed many international yachting championships both here and overseas for Australian yachting magazines.

His success in advertising saw him achieve creative director status with a number of leading international agencies until he formed a very successful creative partnership with good friend, writer, Ian Wadelton. With many awards to their credit (including a Logie) they were bought out by a leading Australian advertising agency. But after a short time, John’s interest in photography and the moving image saw him break away from the agency and form his own commercial film production company, becoming a successful commercial film director.

In 2005 he decided to devote full time to his passion for photography.